The Five Senses of Pescadero

While driving down the coast from San Francisco to Pescadero… 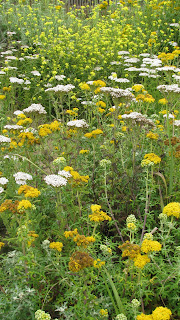 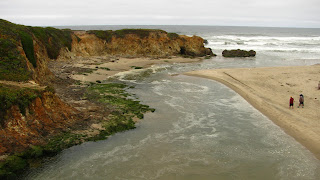 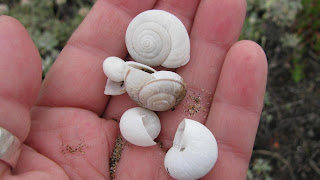 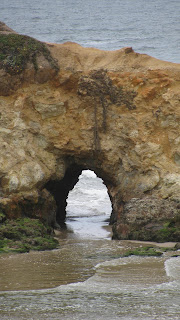 As a city-dweller without an automobile, I often yearn for the freedom of open roads and a day-long adventure that will supply me with a steady stream of simple pleasures. So on a recent Friday I gassed up a borrowed car, pressed the radio buttons to a classic rock station, and shrieked to Styx’s “Come Sail Away” as I put the car into gear. “I thought that they were angels but to my surprise, they climbed aboard their star ship and headed for the skies….” 70's rock and roll was so dramatic. With the Pacific Ocean on my right, and wildflower-dotted hills on my left, I headed south on coastal Highway One past small beach towns with pleasant names like Pacifica, Moss Beach, Montara, El Granada. 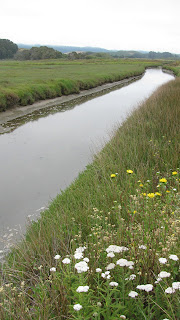 After an hour of driving, my legs needed stretching so I pulled over to a parking lot to explore the Pescadero Marsh Preserve- an area I have passed on multiple occasions but haven’t taken the time to explore. The marsh is a low wetland of brackish water, which I learned is a mix of salt and fresh water. Over 68 species of birds live in the marsh, but they must get a kick out of giving birdwatchers a run for their money because all I could see with my binoculars were white herons and blue herons (which I can see in Golden Gate Park five minutes from my apartment).


While the marsh didn’t have much action (that I could see), it was peaceful and pretty with a winding channel of water meandering through the grasses and reeds. A larger river curved its way around sand dunes and fed into the ocean. Seagulls and other sea birds stood in groups on the river bank, facing the same way and squawking like banshees whenever anyone or anything approached them. Driftwood of all shapes and sizes was scattered on the sandy river banks, and some enterprising explorers had built simple driftwood forts large enough for 2 people to sleep in. 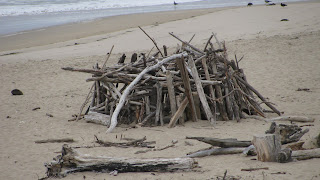 After hiking through the wetlands and tiring of the uneventful bird watching, I got in the car and headed further south. Fields of artichokes stood between the road and the sea and it was visions of artichokes that motivated me to turn left onto the road that leads to the small town of Pescadero. 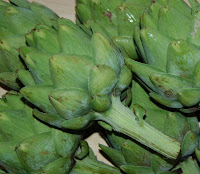 Pescadero is an old Portuguese town that was founded in 1856. Pescadero means “fish seller” and I assume that after California’s initial Gold Rush of 1849, San Francisco grew so large so fast that those who were disenchanted with gold mining moved south of the big city to fish for seafood to sell to San Franciscans, and ended up planting agricultural crops (like artichokes) as well. In all of my reading about California Gold Rush history, it is clear that the people who sold things to the gold miners usually made more money than the gold miners.

Pescadero’s current population is 643, which must triple or quadruple each day as tourists swarm in. There’s not much there—a couple of general grocery stores, a few artisan shops that sell the works of local artists, and Duarte’s Tavern.

Pronounced by locals as “Do-arts”, Duarte’s Tavern was founded in 1894- so about 40 years into the life of the town. It isn’t cheap but it has delicious food and fantastic pie, as evidenced by the fact that everyone who was leaving the restaurant was also lugging along 2-3 pies to go. I took a seat at the counter and was ignored for a while by my brusque waitress, who daily deals with demanding tourists and cranky old timers- like the one sitting next to me at the counter. This man- who appeared to be one of the town’s founders from 1856-- ordered a slice of pie and a cup of coffee, then complained bitterly when he was presented with a bill for $9.74. He paid with a $10 bill and departed, giving the waitress just cause to roll her eyes over her whopping 26 cent tip—which was probably a decent tip in 1856, but not so much in 2011.

My lunch started with a bowl of cream of artichoke soup, perfectly accompanied by steaming hot sourdough bread and unsalted butter. That would have been enough but I also ordered the flounder sandwich, earning the title as the juiciest, best-cooked fish sandwich I have ever eaten.

Craving more exercise than a lap around the tiny downtown, I got in the car and drove south to Swanton Organic Farm. Stopping first at their strawberry fields, I chatted with the attendant who was sitting behind a make-shift table with a scale, and was reading an organic chemistry text book. Since no one else was around, he seemed glad to have some company so I listened to his animal facts about the nearby barking elephant seals and the pelicans(in the 1960’s pelicans almost became extinct because pesticides ran from the crops into the ocean, contaminating the fish they ate and affecting their reproductive systems).

But since I can get strawberries at my own farmer’s market, I drove to the olallieberry patches. Families with children fanned out amidst the berry patches, and the kids alternated putting one berry in the communal container and one berry in their mouths. I happily strolled the well-tended rows while berries practically leapt into my Tupperware. 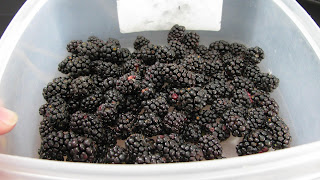 After paying for my U-Pick berries, with visions of the jams I will never get around to canning, I shifted the car into gear with my purple stained hands and drove north up the coast towards my San Francisco home.
Posted by Melanie Hopson at 7:49 PM No comments:
Email ThisBlogThis!Share to TwitterShare to FacebookShare to Pinterest
Labels: Food, Nature, San Francisco, Travel
Newer Posts Older Posts Home
Subscribe to: Posts (Atom)